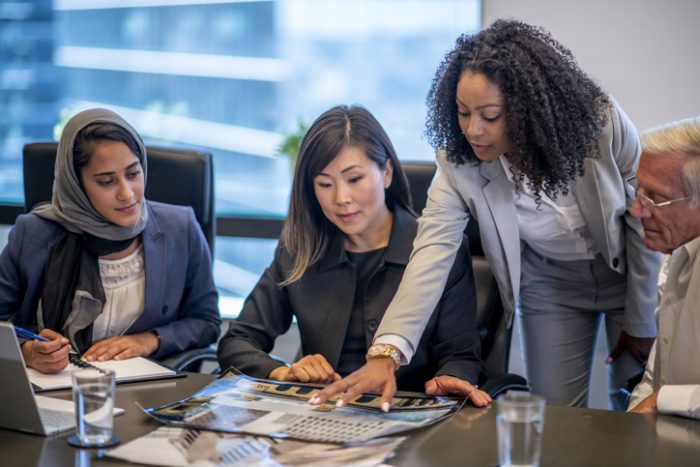 Accordingly, labour force decreased by 5 million to 18.4 million and the number of unemployed declined by 2.8 million to 4.3 million. The methodology will be questioned for the inconsistent probabilities, partly caused by the complexities of Covid-19.
The Organisation for Economic Co-operation and Development (OECD) unemployment rate increased by an unprecedented 2.9 percentage points in April 2020 to 8.4 percent, compared to 5.5 percent in March, reflecting the impact of Covid-19 containment measures.
The number of unemployed people in the OECD area increased by 18.4 million to 55 million in April. The United States accounted for the main part of this increase, with a rise in unemployed of 15.9 million.
The unemployment rate rose faster among women than among men in OECD countries; increasing by 3.3 percentage points in April (to 9.1 percent) compared to an increase of 2.6 percentage points (to 7.9 percent) for men. Younger people (aged 15 to 24) have been particularly affected by the crisis. The youth unemployment rate surged by 5.5 percentage points (to 17.6 percent), compared to an increase of 2.7 percentage points for people aged 25 and above.
Unemployment is a hot debate across many of the world’s economies, and many governments use unemployment rates to determine gross national happiness. The complexities of Covid-19 makes probabilities to be questionable as The Establishment Report or employers statistics is expected to be unworthy for the second quarter of 2020 while The Current Population Survey is welcomed.
South African statistics are expected to have data reports aligned with the impact of South African economic recession and Covid-19 crisis.
Untainted research in a global economic crisis, with critical and analytical thinking makes a pragmatist researcher to reflect and input the challenges we faced domestic and globally. Our data reporting was not in line with the practical market realities and that makes the report to be questionable.
South Africa's unemployment rate should’ve increased from 30.1 percent to 36 percent in the second quarter of 2020, as opposed to the unemployment rate fell to 23.3 percent in the second quarter of 2020 from 30.1 percent.
South Africa's full unemployment rate for second-quarter 2020 expected to reach 48 percent as economy plummeted far deeper, sound reason to apply critical and analytical thinking to the probabilities. Lack of enough data collection impacted the methodology on the establishment surveys and national population.
The unemployment rate fell to 23.3 percent in the second quarter of 2020 from 30.1 percent, doesn’t comply with the OECD Unemployment rate, South African economic data since March 2020 and the International Labour Organization predicted global unemployment rate of 1.6 billion. Antswisa Economic Research predicted “Covid-19 puts at least 1.5 million South African jobs at risk” on 28 March 2020.
The unemployment rate is calculated by expressing the number of unemployed persons as a percentage of the total number of persons in the labour force. The labour force (formerly known as the economically active population) is the sum of the number of persons employed and the number of persons, but in a Covid-19 economic crisis, we needed to add critical and analytical thinking to data collection and direct questionnaires.
Economic development and Gross National Happiness will be experienced when a more people-focused approach to statistics and economic indicators are prioritised. Structural, cyclical and seasonal unemployment can be experienced by a developing country, however, we need to report untainted research to assist in improving our problem-solving capabilities and have a clear socioeconomic challenge for the country.
IOL