Check These 5 Things You Should Know About Newly Crowned Miss SA, Shudufhadzo Musida

The first and second runners-up are Tato Moselle and Natasha Joubert.

Musida quickly became a fan favourite at the start of this year's contest. Back in August, she was the winner of the public vote when the pageant announced the Miss SA top 10 finalists.

Musida wins a package of prizes and sponsorships worth more than R3 million. The two runners-up walk away with R250,000 and R100,000 respectively.

HERE ARE SOME FACTS ABOUT THE REIGNING BEAUTY QUEEN:

1. Bullied because of her background: Musida hails from Ha-Masia in Limpopo, a village located in Vhembe District Municipality. In a TV interview, the beauty queen revealed that she was bullied at school because she was Venda.

I was bullied because I was Venda. I had to endure bullying for seven years... I just got to the point where I didn't want to fit into a mould where people think it's okay to look down on people based on where they come from... Where you come from does not determine where you are going to go. 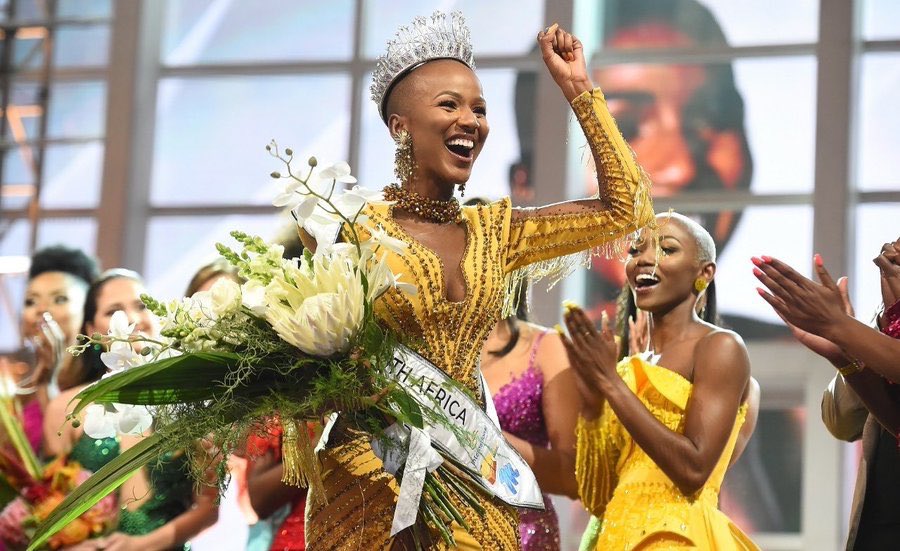 2. Not just a pretty face: The 24-year-old graduated with a Bachelor of Social Sciences in Philosophy, Politics and Economics from the University of Pretoria last year.

She's currently doing her BA Honours in International Relations at the University of Witwatersrand.

3. First attempt at pageantry: Before entering Miss SA 2020, Musida had never taken part in a beauty pageant before. In an interview with Afternoon Express earlier this month, she says she was inspired to enter after seeing Miss Universe Zozibini Tunzi wear the crown last year.

4. No stranger to being on camera: Musida is a fashion model and she started her modelling career when she was 17. She has shot for various brands and campaigns, including retailer Woolworths and skincare range Eucerin. She was even featured in Vogue Italia back in 2018.

5. A Queen with a cause: She an advocate for mental health awareness and the economic empowerment of women and children and believes the Miss SA platform will help amplify her social activism efforts.

This article first appeared on CapeTalk: 5 things you should know about the newly crowned Miss SA, Shudufhadzo Musida